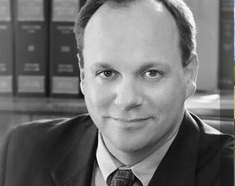 Patrick Cafferty has practiced criminal defense since 1994. He defends people charged with either federal or state criminal offenses all over Southern Wisconsin and northern Illinois. It is because of his dedication to work that he has established a good and honest relationship with the judges and prosecutors throughout Southern Wisconsin. Patrick has been listed in the Wisconsin’s Super Lawyer Magazine from 2008 to 2014.

Know more about Patrick Cafferty by checking out his profile at http://www.pcaffertylaw.com/firm-overview/patrick-cafferty/