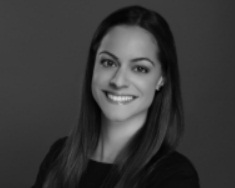 Lourdes Maria Casanova is an attorney in Palm Beach County, Florida. She is practicing in the areas of Criminal Defense, Immigration and Traffic Tickets.

Raised in Royal Palm Beach, Florida by Cuban-born parents, Lourdes grew up in a bilingual setting and became inspired to enter the legal community at an early age. As her entire family immigrated to the United States seeking refuge from Cuba’s regime, Lourdes vowed to fight to protect the rights and freedoms of those in her community.

Lourdes went on to work for a prominent Personal Injury firm in Coral Gables, Florida and later returned to Palm Beach Country as a Criminal Defense and Immigration associate for a local firm. Lourdes gained experience in immigration issues concerning deportation, inadmissibility, visas, and the appellate process. Lourdes also refined her skills in Criminal Law that she originally acquired as a prosecutor.

In December 2015, Lourdes founded Casanova Law, P.A. to further her dream of serving her community through personalized legal services. Lourdes is dedicated to providing quality, individualized representation for each and every client in the areas of Criminal Defense, Immigration and Traffic Tickets.

Lourdes is passionate about protecting the rights and freedoms of her community, guiding her clients through difficult times, and seeking justice in every case.