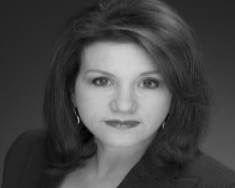 Hope Lefeber is an aggressive criminal defense lawyer who brings more than three decades of experience in federal criminal defense matters to work in vigorously defending her clients against the government. Honored as one of the “Top 100 Trial Lawyers” by The National Trial Lawyers,” Ms. Lefeber has a national reputation as one of the top federal criminal defense lawyers. She represents individuals and corporations accused of fraud, money laundering, tax evasion, security violations, health care fraud, tax fraud, mortgage fraud, conspiracy, racketeering, internet crimes ,drug offenses and appeals. As a former enforcement attorney with the U.S. Securities and Exchange Commission, Ms. Lefeber knows how to prepare the best defense and leaves no stone unturned in fighting for her clients’ constitutional rights at every stage of the case. Ms. Lefeber has won numerous acquittals in federal court because of her unique approach and strategy. She has a reputation for achieving the best results and personally handles every case from start to finish.

Among Ms. Lefeber’s recent notable cases is her successful defense of a world-renowned university professor who was charged with a $700,000 wire fraud in connection with federal grants from NASA. This case involved numerous complex legal issues relating to the performance and fulfillment of federal grants. Following a jury trial, the professor was acquitted on numerous counts of the Indictment and because of Ms. Lefeber’s extraordinary and vigorous defense, the amount of loss was reduced to $73,000. The trial judge noted that it was the result of the exemplary quality of Ms. Lefeber’s trial strategy and written motions and briefs that the defendant had his exposure so drastically reduced. The Judge further noted that he considered Ms. Lefeber to be “preeminent” and among the best criminal defense lawyers in Philadelphia.

In another recent important case, Ms. Lefeber’s client, Wilbur Ross was found not guilty on all charges by a federal jury in a money laundering, tax structuring and wire fraud case. This case involved 40 wiretapped conversations, an informant and complex issues regarding tax structuring and money laundering. Ms. Lefeber’s devastating cross-examination of the government’s expert from the U.S. Department of the Treasury (FINRA) caused the expert to admit to the jury that the defendant’s actions did not constitute a crime. The jury found Mr. Ross NOT GUILTY on all counts.
Recently, in a complex case involving securities fraud, wire fraud and money laundering, where Ms. Lefeber’s client pled guilty to a $1.5 million scheme to defraud investors worldwide, and was facing 8 years imprisonment, Ms. Lefeber’s client was sentenced to serve only 10 months in prison. Ms. Lefeber put on extensive mitigation testimony and video at sentencing in order to achieve this remarkable result.

In addition, Ms. Lefeber’s representation of Jacqueline McCusker, a woman who was charged in a $14.4 million dollar mortgage fraud and money laundering scheme resulted in a sentence of probation despite the government’s arguments for a 10 year sentence. In granting Ms. Lefeber’s plea for a probationary sentence, Judge McLaughlin acknowledged the novel arguments of “first impression” that Ms. Lefeber raised and denied virtually all of the sentencing enhancements that the government sought. Judge McLaughlin further recognized the vigorous defense presented by Ms. Lefeber and held that the government failed to prove its case regarding the amount of loss. As a result of Ms. Lefeber’s trial strategy and comprehensive attack on the government’s theories of loss, Ms. Lefeber was able to achieve this extraordinary victory for her client.