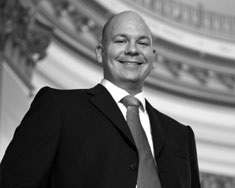 Elliot is open and always available to his clients.  He is also very dedicated, committed and compassionate towards is clients. He stays with his clients from the initial investigation until the case has been closed and concluded. He gives his 100% when representing a client which is why he is recognized as Oklahoma’s Super Lawyer Rising Star.


Know more about Elliot Crawford by checking out his profile at http://okdefense.com/oklahoma-defense-attorney-profile/