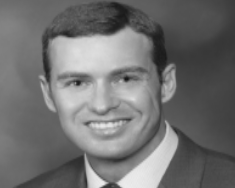 Carl D. Ceder practices criminal defense and DWI law in the Dallas-Fort Worth Metroplex (and all surrounding counties), with a particular focus on Dallas and Collin Country. He has excelled and focused on advocacy-related activities since law school, and is proud of the success he has achieved over the years in the courtroom. Carl conducted his first jury trial within weeks of first obtaining his license to practice law. He devotes almost exclusively 100% of legal practices to the citizen-accused, and is passionate about the field of criminal defense.

Carl has conducted a wide variety of criminal jury trials, at both the misdemeanor and felony level, working hard to achieve a very high rate of success. Carl prides himself on being an aggressive trial attorney when the situation dictates, with over 50 felonies and misdemeanor jury trials handled throughout his legal career. He has conducted criminal jury trials, as lead counsel, in 11 different countries in the State of Texas, and is always willing to pick a jury on a moment’s notice. Carl is proud of his track records with obtaining favorable results, following jury trial, and obtaining acquittals (“Not Guilty”) verdicts in numerous countries, including multiple in a row in some which are commonly known to be the most notoriously difficult countries in Texas.  Carl represents clients in a broad array of criminal matters, including DWI, all intoxication cases, drug cases, assault, domestic violence, theft, burglary, probation violations, white collar crimes, and  all other criminal offenses.

Carl has been recognized for the third time as a 2014, 2015, and 2016 Texas Rising Star Attorney in the field of “Criminal Defense” by the Texas Monthly Magazine.  This achievement is only awarded to 2.5% of all attorneys, and distinction was only bestowed to those who undergo a rigorous peer selection process.

Carl has been invited for inclusion, in  three consecutive years of 2014, 2015, and 2016, for membership in the prestigious “The National Trial Lawyers’ Top 100.” Selection into “The National Trial Lawyers’ Top 100” is an honor given to only a select group of lawyers for their superior skills and qualifications in their respective fields of law, and is an invitation-only organization composed of the premier trial lawyers from each state who meet very stringent qualifications.

Carl has been selected, in consecutive years in 2015 and 2016, as a member of The Nation’s Top One Percent by the National Association of Distinguished Counsel (“NADC”). The “NADC” is an organization dedicated to promoting the highest standards of legal excellence, with a mission to objectively recognize attorneys who elevate the standards of the Bar and provide a benchmark for other lawyers to emulate.

Carl has also been inducted, in consecutive years of 2014, 2015, and 2016, as a member in the exclusive “The National Trial Lawyers’ Top 40 Under 40” list. “The National Trial Lawyers’ Top 40 Under 40” is announced each year to those attorneys who exemplify qualifications, trial results, and leadership as young lawyers. Those recognized undergo a strict and comprehensive selection processes among all trial attorneys throughout the nation, with the final lists comprised only of the best and most talented young lawyers.

Above all else, Carl D. Ceder is a dedicated criminal defense trial attorney, 100% devoted to protecting the rights of the accused throughout all phases of the criminal justice system process.