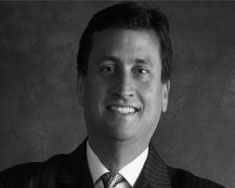 Bill Powers is a founding member and a partner of The Law Offices of Powers McCartan. He handles numerous cases from DWI/DUI, Traffic Offense and Criminal Defense. He is a Board Certified Criminal Law Specialist recognized by the National Board of Trial Advocacy.

Bill Powers is happily married to Sammie Powers and lives in North Carolina together with their daughter.

To know more about Bill Powers, check out his profile at http://www.powersmccartan.com/